Even eaten so much food that you feel completely full and that you couldn't take another bite? Let Vision Personal Training explain maximum satiety. 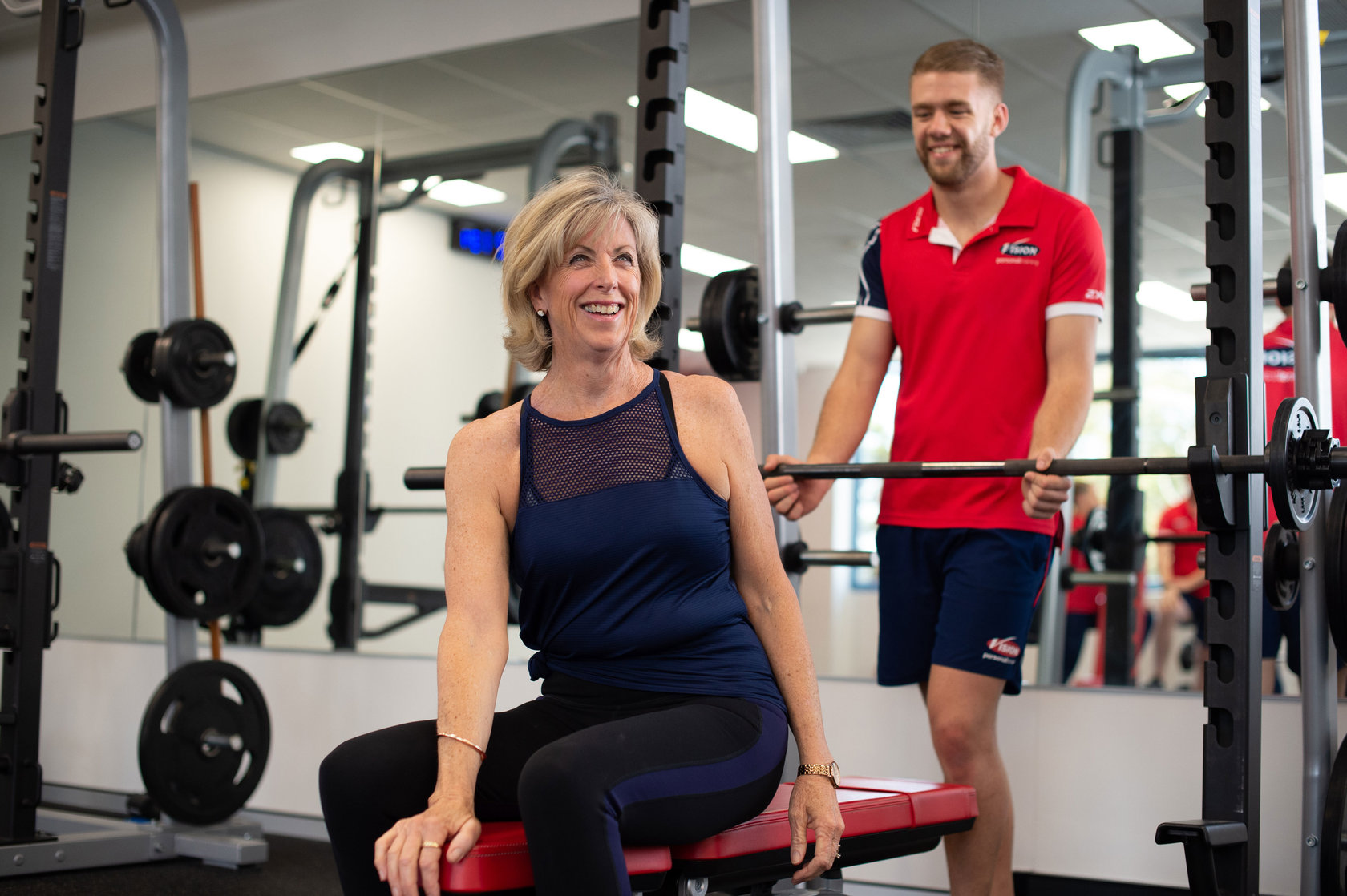 By Matt Aston at Bangor

Everyone seems to know, "If you eat something high in sugar, you will be hungry again in no time". Yet, you rarely hear people talking passionately about the other side of the spectrum. "If you eat something high in fibre and protein you're going to be full for some time" … doesn't quite have the same dramatic ring to it. What we're going to look at today is some of the most filling foods so that you can add these to your diet and stay fuller for longer.

What you eat determines how full you become.

Eating foods that are filling can ward off hunger and help you eat less, or control hunger until the next meal. For this reason, these foods should help you lose weight in the long run.

This article lists 13 incredibly filling foods. But first, let's look at the reasons why some foods are more filling than others.

What makes a food filling?

Satiety is a term used to explain the feeling of fullness and/or loss of appetite that happens after eating.

Filling foods tend to have the following characteristics:

Potatoes have been demonised in the past, but are actually very healthy and nutritious. Cooked, unpeeled potatoes are a good source of several vitamins and minerals, including vitamin C and potassium. Potatoes are high in water and carbs, and contain moderate amounts of fibre and protein. They also contain almost no fat. Compared to other high-carb foods, potatoes are very filling.

One study found that eating boiled potatoes with pork steak led to lower calorie intake during the meal, compared to eating the steak with white rice or pasta. Some evidence indicates that part of the reason why potatoes are so filling is because they contain a protein called proteinase inhibitor 2 (PI2). This protein may suppress appetite.

Eggs are incredibly healthy and nutrient-dense. Eggs are a great source of high-quality protein. A large egg contains around 6 grams of protein, including all 9 essential amino acids.

Eggs are also very filling and score high on the satiety index.

One study found that eating eggs for breakfast, rather than a bagel, increased fullness and led to less calorie intake over the next 36 hours.

Oats are fairly low in calories and a great source of fibre, particularly a soluble fibre called beta-glucan. It also scores high on the satiety index. One recent study found that participants felt fuller and less hungry after eating oats, compared to ready-to-eat breakfast cereal. They also ate fewer calories during lunch. Oats' filling power comes from its high fibre content and its ability to soak up water. Soluble fibre, such as the beta-glucan in oats, can help you feel full. It may also help release satiety hormones and delay the emptying of the stomach.

Fish is loaded with high-quality protein. Fish is also often rich in omega-3 fatty acids, which are essential fats that we must get from food. According to one study, omega-3 fatty acids may increase the feeling of fullness in people who are overweight or obese. Additionally, some studies indicate that the protein in fish may have a stronger effect on fullness than other sources of protein.

Liquids have often been considered to be less filling than solid foods, although the evidence is mixed. However, soups are a bit different. Research shows that soups may actually be more filling than solid meals containing the same ingredients

High-protein foods, such as lean meats, are very filling. For example, beef can have a powerful effect on satiety. One study found that people who ate high-protein meat at lunch ate 12% less at dinner, compared to those who had a high-carb meal for lunch.

Greek yogurt is a very thick yogurt compared to regular varieties, and is typically higher in protein. Greek yogurt is a great breakfast option. It is also a popular afternoon snack that may help fill you up until the next meal. In one study, women consumed a 160-calorie yogurt snack that was either low, moderate or high in protein. Those who consumed the highest protein yogurt felt full the longest, and were less hungry for dinner later.

Veggies are incredibly nutritious. They're loaded with all sorts of vitamins, minerals, and beneficial plant compounds. Vegetables are also high-volume, low-calorie foods. They contain fibre and water, which adds bulk to your meals and helps fill you up. Moreover, vegetables take some time to chew and are very satisfying in that way. One study found that eating a large portion of salad before a meal of pasta increased the feeling of fullness and reduced overall calorie intake.

Cottage cheese is usually low in fat and carbs, yet high in protein. The high protein content can help you feel full while consuming less overall calories.

Legumes, such as beans, peas, and lentils, have an impressive nutritional profile. They are loaded with fibre and plant-based protein, yet have a relatively low energy density. This makes them very filling. One article reviewed 9 randomised trials that studied post-meal fullness from legumes, found that participants felt 31% more full from eating pulses, compared to meals of pasta and bread.

Fruit has a low energy density. It contains lots of fibre, which may slow down digestion and help you feel full for longer. Apples and oranges score very high on the satiety index, at around 200. However, it is important to note that it is always better to eat whole fruit instead of fruit juice, which is not particularly filling.

Quinoa is a popular seed/grain that is a good source of protein. In fact, it provides all the essential amino acids and is therefore seen as a complete protein source. Quinoa is also higher in fibre than most grains. The protein and fibre content of quinoa may increase the feeling of fullness and help you eat fewer calories overall.

Popcorn is a whole grain food that is very high in fibre. One medium-sized bag (112 grams) may contain around 16 grams of fibre. Studies have found that popcorn is more filling than other popular snacks, like potato chips or chocolate. Several factors may contribute to its filling effects, including the high fibre content and low energy density. However, note that the popcorn you prepare yourself in an air-popper machine is the healthiest options. Adding a lot of fat to the popcorn will increase the calorie content significantly.

Filling foods all possess many of the same particular qualities. They all tend to be higher in protein, higher in fibre, and low energy density. Additionally, these foods are whole, single ingredient foods - not processed foods. Focusing on whole foods that fill you up with fewer calories will help you lose weight in the long run.