At Vision PT, good nutrition, to us, is more important than exercise. In part 2 of this 3 part topic, we take you through the importance of nutrition. 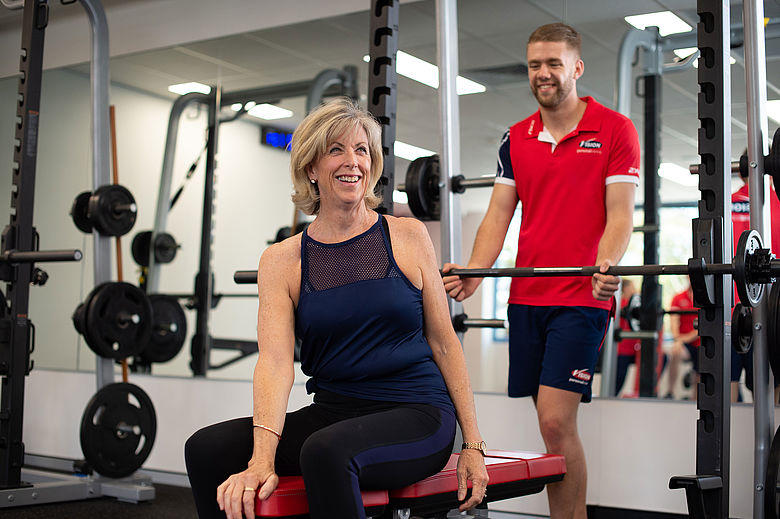 Here is part two of the best foods to have in your diet for optimal health. Remember it is important to cycle your foods so you do not have to use all the foods all the time choose your favourites and make interesting salads, vegetable dishes and keep healthy eating interesting and tasty.

Broccoli sprouts can actually provide more benefit than regular broccoli as they contain 20 times more sulfurophane. They contain important phytochemicals that are released when they're chopped, chewed, fermented, or digested. The substances are released then break down into sulfurophanes, indole-3-carbinol and D-glucarate, which all have a specific effect on detoxification. Add these to your salads and get creative with them in your meals.

In addition to cleansing your liver, cabbage will also aid in helping you go to the bathroom, which in turn helps you expel the toxins, getting them out of your system so you can start fresh. It contains sulfur, which is essential when it comes to breaking down chemicals and removing them from your body. Along with other cole crops, cabbage is a source of indole-3-carbinol, a chemical that boosts DNA repair in cells and appears to block the growth of cancer cells.

Also known as  chinese parsley or dhania, contains an abundance of antioxidants. Coriander helps mobilize mercury and other metals out of the tissue so it can attach to it other compounds and allow it to be excreted from the body. It also contains an antibacterial compound called dodecenal, which laboratory tests showed is twice as effective as the commonly used antibiotic drug gentamicin at killing Salmonella.

The oils from cinnamon contain active components called cinnamaldehyde, cinnamyl acetate, and cinnamyl alcohol. Cinnamaldehyde has been well-researched for its effects on blood platelets helps prevent unwanted clumping of blood cells. Cinnamon's essential oils also qualify it as an "anti-microbial" food, and cinnamon has been studied for its ability to help stop the growth of bacteria as well as fungi, including the commonly problematic yeast Candida. Cinnamon's antimicrobial properties are so effective that recent research demonstrates this spice can be used as an alternative to traditional food preservatives. It has one of the highest antioxidant values of all foods and its use in medicine treats everything from nausea to menstruation and energy to diabetes.

While they are more popular as fruits that help prevent urinary tract infections (UTI's), cranberries are antibacterial and are known to remove many different toxins from your body. Cranberries feature a rich profile of anti-inflammatory nutrients, provide immune and cardiovascular support, as well as promote digestive health. Consuming cranberry products has been associated with prevention of UTI's for over 100 years.

Dandelions are considered a powerhouse food full of nutrients that are essential for anyone regularly eating processed foods. Dandelion root (taraxacum officinale) is known to act on the liver and pancreas by straining and filtering toxins & wastes from the bloodstream, and its beneficial effects on liver complaints have been well documented by both Asian practitioners and American physicians. They're a rich source of minerals and provide a variety of phytonutrients. They're super antioxidants that support cleansing of the digestive tract. Try adding dandelion leaves to your salad.

The fennel bulb is high in fiber may also be useful in preventing colon cancer. In addition to its fiber, fennel is a very good source of folate, a B vitamin that is necessary for the conversion of a dangerous molecule called homocysteine into other, benign molecules. The vitamin C found in fennel bulb is directly antimicrobial and is also needed for the proper function of the immune system.

When detoxifying your body, it's essential to ensure toxins are eliminated properly. Ground flaxseeds provide a wonderful source of fibre that helps to bind and flush toxins from the intestinal tract. They're also a great source of health promoting omega 3 oils. Try consuming two tablespoons of ground flaxseeds in lemon water every morning. Men should be cautious when consuming flax as the lignans are similar to the female hormone estrogen as can cause problems for some men.

Many detox diets list garlic as a crucial piece of the puzzle. The reason is that garlic boosts the immune system as well as helping out the liver. One good thing about garlic is that you can up your intake without having to worry if your body is going to get used to it or build up a resistance. Sulfur is found in high quantities in garlic - which makes it a good detox food and its antibiotic properties heal your body.

Along side turmeric, ginger is one of the world's most potent disease-fighting spices. Ginger spikes your metabolism, flushes out waste, is thought to help liver function, and has some astringent properties. Some detox diets ask you to chew on ginger root. You may also find that adding it to hot water makes the water taste better. Basically any way you can think of it get it into your system is going to be beneficial, especially if you're suffering from a fatty liver caused by too much alcohol, or too many toxic foods and drinks.

Grapefruits can prevent weight gain, treat diabetes, lower cholesterol, fight cancer, heal stomach ulcers, reduce gum disease and even keep stroke and metabolic syndrome at bay. The rich pink and red colors of grapefruit are due to lycopene, a carotenoid phytonutrient. Among the common dietary carotenoids, lycopene has the highest capacity to help fight oxygen free radicals, which are compounds that can damage cells. The big takeaway on grapefruit is that it gets your liver fired up and ready for action, while infusing the rest of your organs with nutrient-laden fruit juice.

Green tea is often thought of as a great addition to any detox program because of its high antioxidant value. It is the least processed tea and thus provides the most antioxidant polyphenols, notably a catechin called epigallocatechin-3-gallate (EGCG), which is believed to be responsible for most of the health benefits linked to green tea.